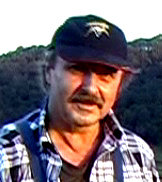 Guntis Jansons is an artist from Laguna NSW.

and  Matriculation English. Went on to complete a three-year

Certificate of Art Course at R.M.I.T.(Royal Melbourne Institute of

Designer. Worked in both Sydney and Melbourne